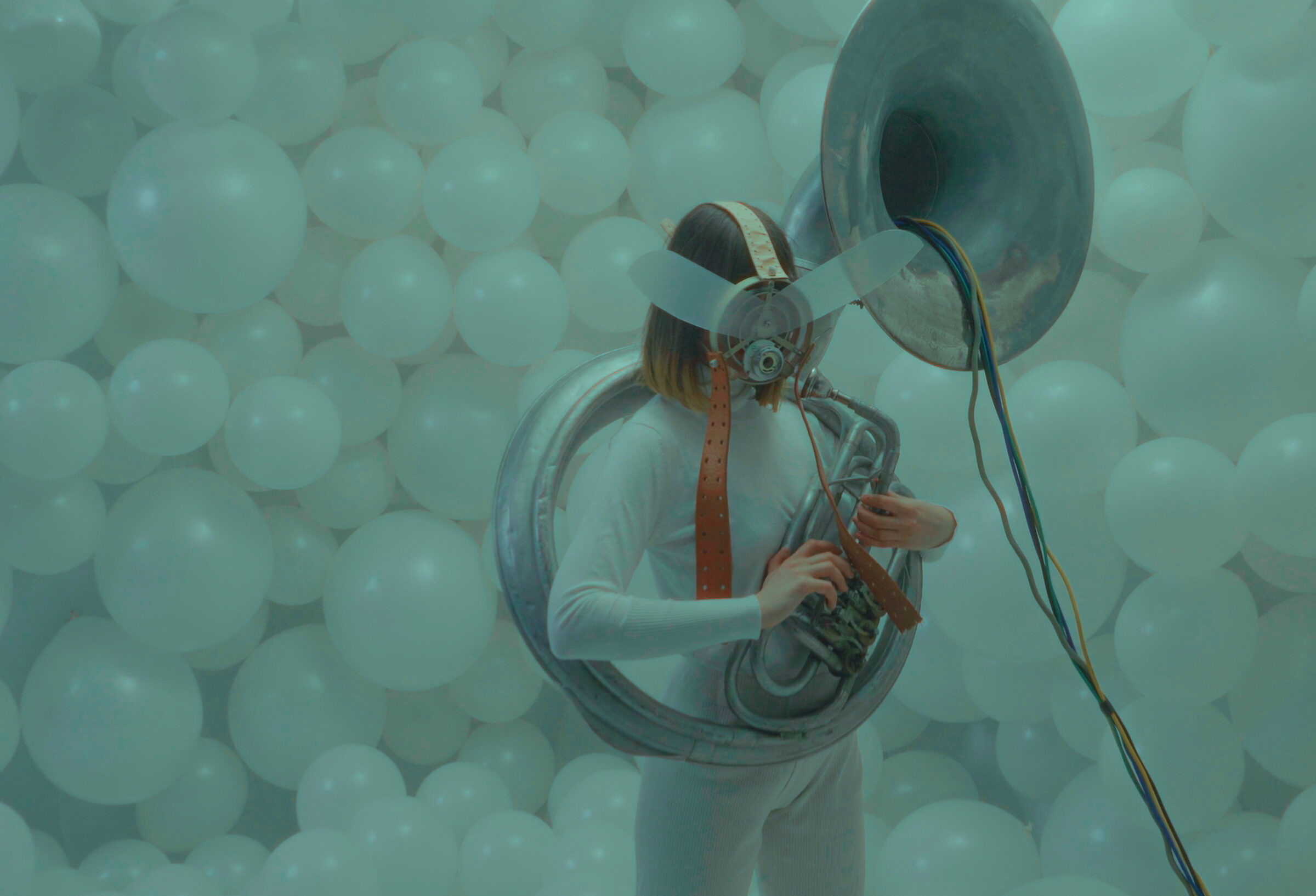 GAUPA (lynx in swedish) is a rock band from Falun, Sweden. With surreal lyrics, an energetic singer, and a sound of progressive stoner rock with doom/folk/psychedelic influences, they released their debut EP in June 2018 and have already established an international name on the underground scene. “GAUPA” – their self titled debut EP – was well received and the band did one of their first performances on Scandinavia’s biggest rock festival, Sweden Rock, and have been aired on different radio shows all over the world. GAUPA signed with german label Kozmik Artifactz and released the EP on vinyl in October 2019.

”It’s a fabulous debut by Gaupa from Sweden, perfectly mixing stoner and psychedelic rock with folk and even some doom – which is lingering pretty subversive in a layer underneath.”

GAUPA had a busy 2018/2019 with playing at different festivals and venues. Critics seemed not only impressed by the studio recordings and diverse arrangements but also by the level of intensity displayed live. The talk in between songs are kept to a minimum and the tension are soon to be broken by another screeching guitar feedback delivered together with hair swung in fanatic synchronisation. GAUPA seem to leave their audiences both in astonishment and with a good sense of ache in their necks.

“GAUPA, a Swedish stoner band from Falun starts off with an immense
energy right from the top. The opening song “Febersvan” takes us on a
journey through suggestive landscapes and dark forests. The level of energy
they display is astounding and they keep it up for the whole set. Even in the
slow, almost psychedelic, parts of the show, they never seem to loose any
focus or intensity.”

In April 2020 GAUPA followed up to release their first full length album “Feberdröm” gaining even more attention both from the underground scene, as well as from Nuclear Blast Records. Jens Prueter, Head Of A&R Nuclear Blast Records Europe: “While most newcomer bands struggled during the Corona pandemic, GAUPA managed to grow by quality. Their unique sound hasn’t remained unnoticed and word by mouth spread fast. Once we saw their live stream show and had some video conferences, we knew they would sit well in an artist roster of Graveyard, Opeth, Earthless and Meshuggah who appeared to be some of their favorite bands, even if GAUPA isn’t very metal at all. But it’s that attitude to tear down boundaries between genres – just for the sake of art. We are proud to welcome them in good company.”

In 2021 GAUPA re-entered the studio to record the second full length album ‘Myriad’ and is currently in the middle of the process of releasing singles and music videos with the aim set on album release by the end of the year. In addition to new releases, GAUPA is currently focusing on the Swedish festival summer of 2022, though with great excitement – after the long wait of the pandemic – to set their feet on new venues around the world.

“Emma Näslund’s fantastic voice & vocal delivery really help give GAUPA their own identity, but she ably supported 4 fantastic musicians that know how to employ creative songwriting that seamlessly drifts between atmospheric psychedelic passages interspersed with some seriously heavy yet groovy stoner riffs. For a debut EP this is seriously impressive and I can’t wait to hear what these crazy Swede’s offer up next.”

“First thing one notices about GAUPA are the levels of musicianship on display here, solid, tight percussion combined with deep growling bass lines are the backbone around which GAUPA’s two guitarists lay down diverse washes of delightful and dynamic six-string colouring, the pair not so much going head to head as complimenting each other with a mixture of eastern motifs, shimmering arpeggios, crunching heavy power chords and scorching psychedelic lead work, however it is the vocal acrobatics of Emma Näslund that many will leave this EP remembering long after the last note of “GAUPA” fades into silence. Näslund has a unique tone and delivery and it is easy to see why those comparisons with Iceland’s elfish chanteuse have been made as both singers have that same distinctive vocal elasticity in their armoury, however where Bjork’s voice sometimes wanders into shrillness there is a smoother more fluid timbre to Näslund’s vocals that is, for Desert Psychlist, far more pleasing and easier on the ear.”

“ ‘GAUPA’ (2019) is so much more than stoner rock. Sure, it draws upon its framework and stylistic conventions, as much as it does doom and progressive rock. The draw here is the extraordinary seraph vocals of Emma Näslund, whose previous project Oil My Member showed that she had a taste for the unconventional, both beautiful and bizarre. ‘GAUPA’ is absolutely transfixing, though. It’s smart and sexy, filled with vocal nuances and an extraordinary range that will make you want to give it a standing ovation from wherever you’re sitting.”

”With arrangements that feel as natural and magical as those of Björk’s and The Cranberries’ together with the mystical and mesmerizing vocals of singer Emma Näslund, this exquisite work of art deliver a superb balance between retro nostalgia and modern elements. 82/100.”

“Wow, this is a beautiful creation of music. Struggling to form words as I listen…/ /… I remember hearing Blues Pills for the first time a few years back, and playing them on my former radio show. I knew it was a special band, I have that same feeling with GAUPA.”

“Having a unique sound is something every band and artist strives for, sadly this is somewhat of a rarity in rock music and this is mainly because a lot of bands and artists are, intentionally or unintentionally, a sum of their influences. Every now and then though a band comes along that buck this trend and arrives with a sound that is completely and utterly original. Sweden’s Gaupa are one such band”

“What these Swedes accomplished with this debut album is something superlative. Hitting all the right keys, Gaupa creates an amalgam of sounds that feeds off the density of the Stoner / Doom but adds a twist on progressive and complex elements, without losing the hook and the song format. It sounds almost impossible to achieve, but they did it and in the middle of 2020 they ship with a unique album, as hypnotic as it is fundamental. Thunderous riffs, psychedelic atmospheres, strobe solos and Emma Näslund’s towering vocals that splurge talent and charisma. An essential cosmic journey through the musical genesis that surrounds us.”